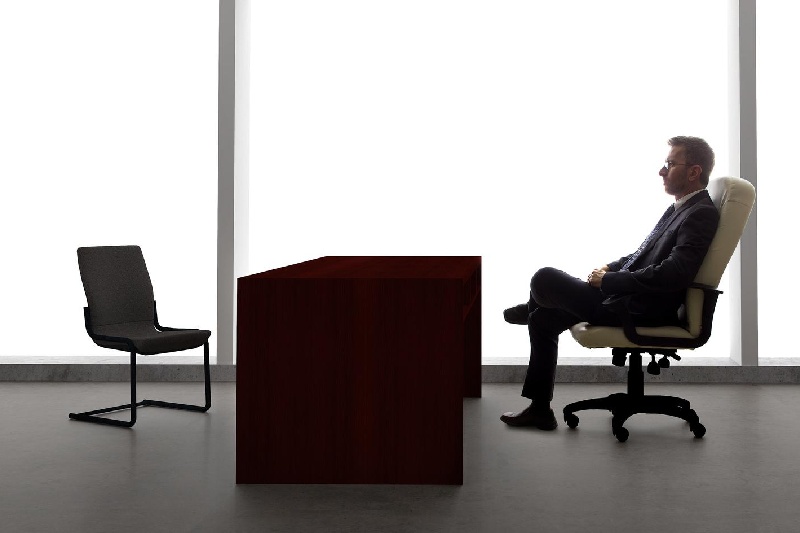 Are You Losing Out On Top Talent Due To A Lack Of Diversity?

What is your company’s greatest asset?

When asked this question, most business leaders don’t even hesitate – “Our people”. So it’s no wonder that tremendous focus is put on hiring, onboarding and retaining top talent.

But we are in unprecedented times. More skilled workers are considering changing jobs than ever before and many are willing to change industry to do so.

So the hunt for finding top talent in the chaos is on. And many companies are losing out on hiring top talent due to a lack of diversity.

The risk of losing talented employees has never been higher. A recent report published by Microsoft found that 41% of the global workforce is likely to consider leaving their current employer within the next year. It’s a staggering figure. And on top of this 46 percent are planning to make a major pivot or career transition.

Gone are the days that good employees stick with their first career choice until the day they retire. The rise of the internet, increased globalisation, and the rising popularity of remote working has made employees increasingly aware of their job options. And this has accelerated over the past 2 years.

Why are so many people seeking a job change?

What is motivating these career changers to jump ship? While much of the globe is in a time of relative prosperity, many workers feel empowered to demand more. And they are no longer willing to settle for less.

Higher pay is the obvious answer. And 79% of career changers say they left their old roles because they wanted to make more money.

But good pay alone won’t be enough for companies to capture top talent because they will have options. Companies will need to look at diversity and inclusion if they are to stand a chance at attracting the best candidates. 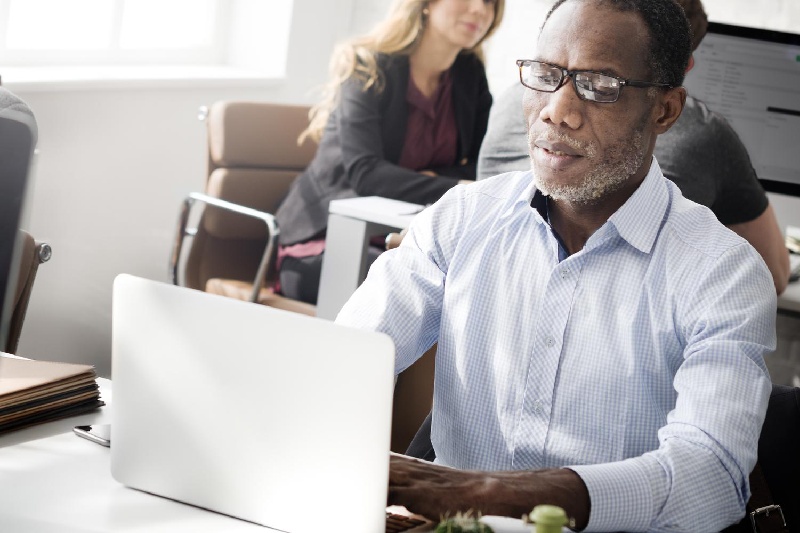 With such public global social reforms across gender, sexuality, disability and race equality it’s no surprise that many believe the challenge of diversity in the workplace has been overcome. But this is not the case.

According to a 2020 study by Stanford University on the Fortune 100 companies, Women are severely underrepresented in C-level positions. Just 25 percent of C-level positions are held by women.

C-level roles in the top 100 are even less diverse by race, with racially diverse executives holding just 16% of C-level roles. 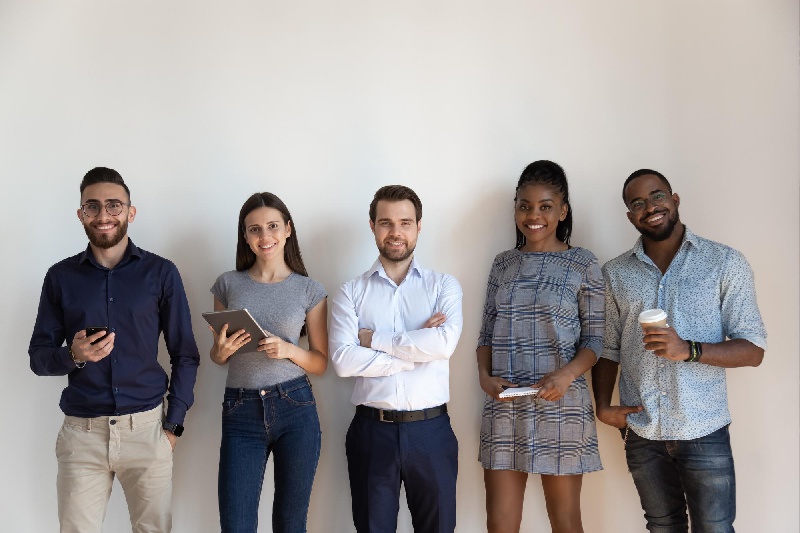 The Importance of Diversity & Inclusion in Recruiting

There is no shortage of stats and numbers that will highlight areas that need more improvement when it comes to diversity and inclusion. But there are some that have recognised diversity in the workplace as a business strategy– one that can maximise productivity, creativity and loyalty.

Research from McKinsey, from as far back as 2015, has shown that:

The same study showed that there is a linear relationship between racial and ethnic diversity and better financial performance, in the U.S.:

For every 10% increase in racial and ethnic diversity on the senior-executive team, earnings before interest and taxes rise 0.8 percent.

Yet another study, by BCG in 2017, showed that over a period of three years, companies with higher diversity in management earned 38% more of their revenues, on average, from innovative products and services than those companies with lower diversity.

In short, the business case for diversity in the workplace is overwhelming, and not adopting diversity as a strategy risks companies being left behind. 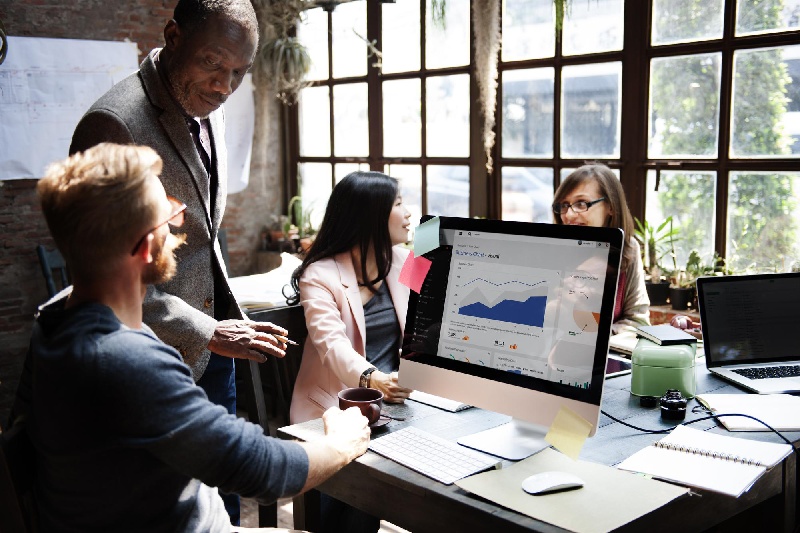 Company Culture And Innovation Are Driven By Diversity

While financial returns might be one of the strongest arguments for diversity in the workplace, LinkedIn data actually shows that 78% of companies prioritise diversity to improve culture whereas just 62% do so to boost financial performance.

Today, talented candidates are more discerning than ever before and a company’s culture is high up on their list of priorities. It’s no surprise that a strong company culture attracts better talent and retains it more effectively.

When people feel like they belong in an organisation, they are far more likely to stay for the long term. That means lower employee turnover and a better working dynamic among your team.

The coming together of people of different genders, ethnicities, backgrounds and experiences is a key driver of a company’s culture and innovation. Looking geographically, research has shown that there is a direct correlation between high-skilled immigration in the UK and an increase in the level of innovation and economic performance.

So it’s no wonder that industry leading companies are targeting these improvements to gain a competitive advantage. 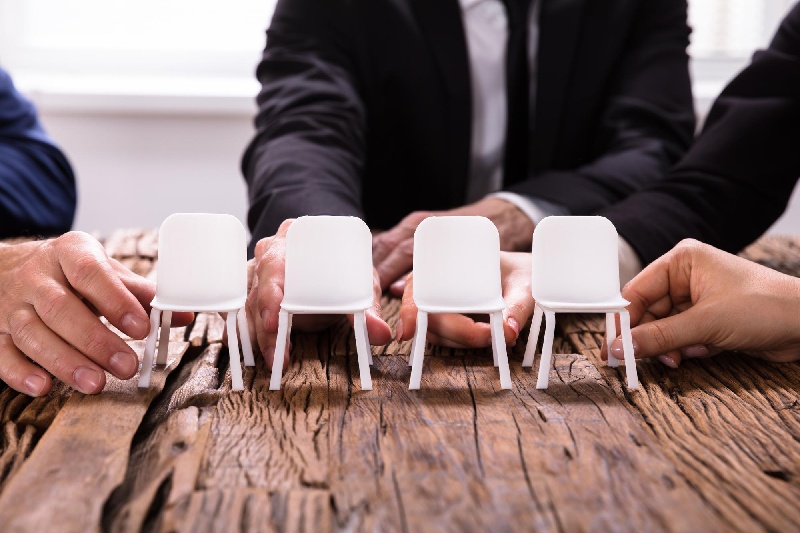 Most employers look to hire the best talent around every time but this search for the perfect candidate can often result in a blinkered approach. And, it’s rare that someone who is 100% perfect for the role is found.

By targeting a more diverse workforce, employers can access a greater pool of candidates and improve their chances of hiring the best person.

This does not go so far as to say that employers shouldn’t look for candidates that fit the needs of the role. But simplifying the criteria for the role and ensuring not to discourage applicants from a range of backgrounds can maximise the chances at generating a large pool of candidates. This can provide a better chance of finding the right candidate as well as adding to the diversity of your workforce.

In today’s competitive recruitment environment, the company that puts its people first, regardless of their gender, race, religion, age, sexual orientation, or physical disabilities has a competitive advantage over the rest when it comes to hiring.

While many are still on the fence about adopting diversity and inclusion as an underpinning strategy for new talent acquisition, there’s a good likelihood that the writing is already on the wall. It may simply be a matter of time.

With the rapid advancement in remote working since the start of the pandemic, many companies are recognising that remote work could make it easier to attract and hire underrepresented talent that might not be abundant where their offices are located.

Employees from traditionally underrepresented groups view remote working as a stepping stone to greater inclusivity, helping them seek new roles and work without facing many of the traditional obstacles.

Remote working also means that geographical barriers are a thing of the past and that location bias and relocation costs can be largely eliminated. So those that aren’t considering a more diverse workforce as the future of their organisation risk being left far behind those that are.

Hiring Top Talent Is About More Than Just Aptitude

It is becoming increasingly evident that diversity in the workplace is becoming more important than ever before. Not just for attracting top talent, but for driving financial performance and for facing and overcoming the challenges of the future as well.

Those companies with an eye on tomorrow are already well ahead of the game and it’s going to take considerable effort and investment to catch them.

To enquire about opportunities in the area of localisation and translation, or to discuss localisation roles that require a diverse pool of candidates, get in touch with our team at paula@internationalachieversgroup.com or on +353 1 524 1466.

In order to deliver the best service possible, our website makes use of necessary cookies and similar technologies. With your permission we use analytical cookies to test and optimise our website based on anonymised data. With your permission we use marketing cookies to share information for social media marketing campaigns and analysis. By clicking “Accept”, you consent to the use of all of these cookies.
Manage cookiesAccept All CookiesRead More
Manage consent

This website uses cookies to improve your experience while you navigate through the website. Out of these, the cookies that are categorized as necessary are stored on your browser as they are essential for the working of basic functionalities of the website. We also use third-party cookies that help us analyze and understand how you use this website. These cookies will be stored in your browser only with your consent. You also have the option to opt-out of these cookies. But opting out of some of these cookies may affect your browsing experience.
Necessary Always Enabled
Necessary cookies are absolutely essential for the website to function properly. These cookies ensure basic functionalities and security features of the website, anonymously.
Functional
Functional cookies help to perform certain functionalities like sharing the content of the website on social media platforms, collect feedbacks, and other third-party features.
Performance
Performance cookies are used to understand and analyze the key performance indexes of the website which helps in delivering a better user experience for the visitors.
Analytics
Analytical cookies are used to understand how visitors interact with the website. These cookies help provide information on metrics the number of visitors, bounce rate, traffic source, etc.
Marketing
Advertisement cookies are used to provide visitors with relevant ads and marketing campaigns. These cookies track visitors across websites and collect information to provide customized ads.
Others
Other uncategorized cookies are those that are being analyzed and have not been classified into a category as yet.
SAVE & ACCEPT
Powered by